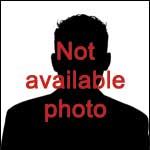 Andreas Berzotti was born in Barcelona in 1961, in what was then the large resident Italian community.When he was fourteen he moved to Turin where he studied design and applied arts. He started work in industrial design in the Enzo Carrizzo Studio and later in the design department of Fiat, which gave him the opportunity of working with designers such as Bertoni, Pininfarina, etc.His sporadic experience in art exhibiting (collective and individual in Turin) leaves him disillusioned and he limits himself to the design world until, in 1999, in the course of a trip to Barcelona, he meets Carola Diaz, Edgar Frias and the Colectivo Bar (beauty, art, revolution), whose proposals he immediately embraces.
As with almost all the members of this group "which had military characteristics" he creates one interesting signed piece of work and then disappears into collectivist anonymity. Nothing is known of the rest of his work - hidden under the epigraph B.A.R - so we must content ourselves with the few works that exist under his own name, among them this video which was made especially for the ob-art gallery.
Videos

The death of the art
Appropiation