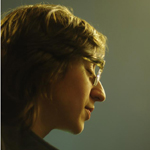 Investigates the Art since childhood and is in constant process between theater, the pottery, the drawing, the painting, the music, photography and audiovisual. A multifaceted 20 year old girl.

Besides acting, also produces scenography, masks and dolls. Collaborates with art and journalism at Revista Basitão.  Studying Journalism in University Federal do Rio Grande do Sul, where works as Initiation scholarship Scientific.

Already ministered workshop Photography Pinhole and has experience in process revelation and expansion of photography.

Found the Mediação in 9 ª Mercosul Biennial.